The peloton didn’t much care that it was a day of world heritage sites: Valperga’s Sacro Monte di Belmonte (nothing to do with Alejandro Valverde Belmonte); Oropa, not on the route but just up the hill from Biella, which has itself recently joined the UNESCO Creative Cities Network; Valsesia, one of UNESCO’s global geoparks; and, of course, Ivrea, the home of Olivetti, the pioneering typewriter and, later, computer manufacturer – and Adriano Olivetti, the Steve Jobs of his day, was a major cycling sponsor, and contributed tech to the Giro d’Italia’s mobile press room and early race radio in the 1950s. Ivrea which became Italy’s 54th UNESCO world heritage site in 2018 for its importance as an “industrial city of the 20th century”. 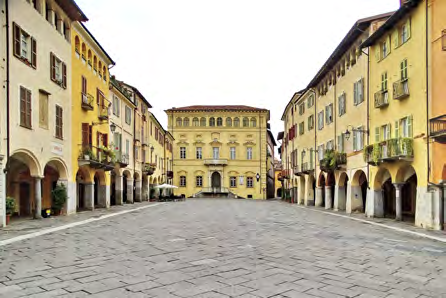 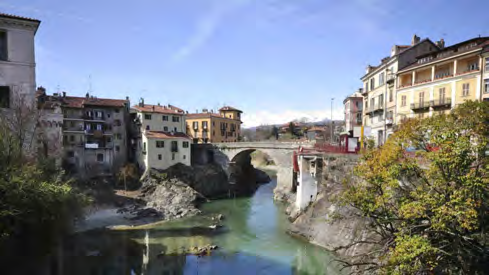 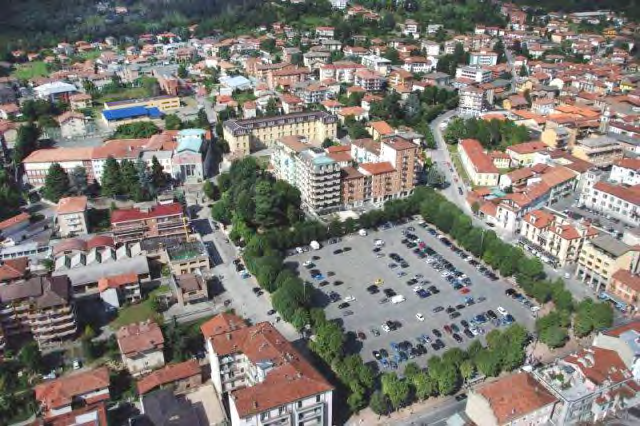 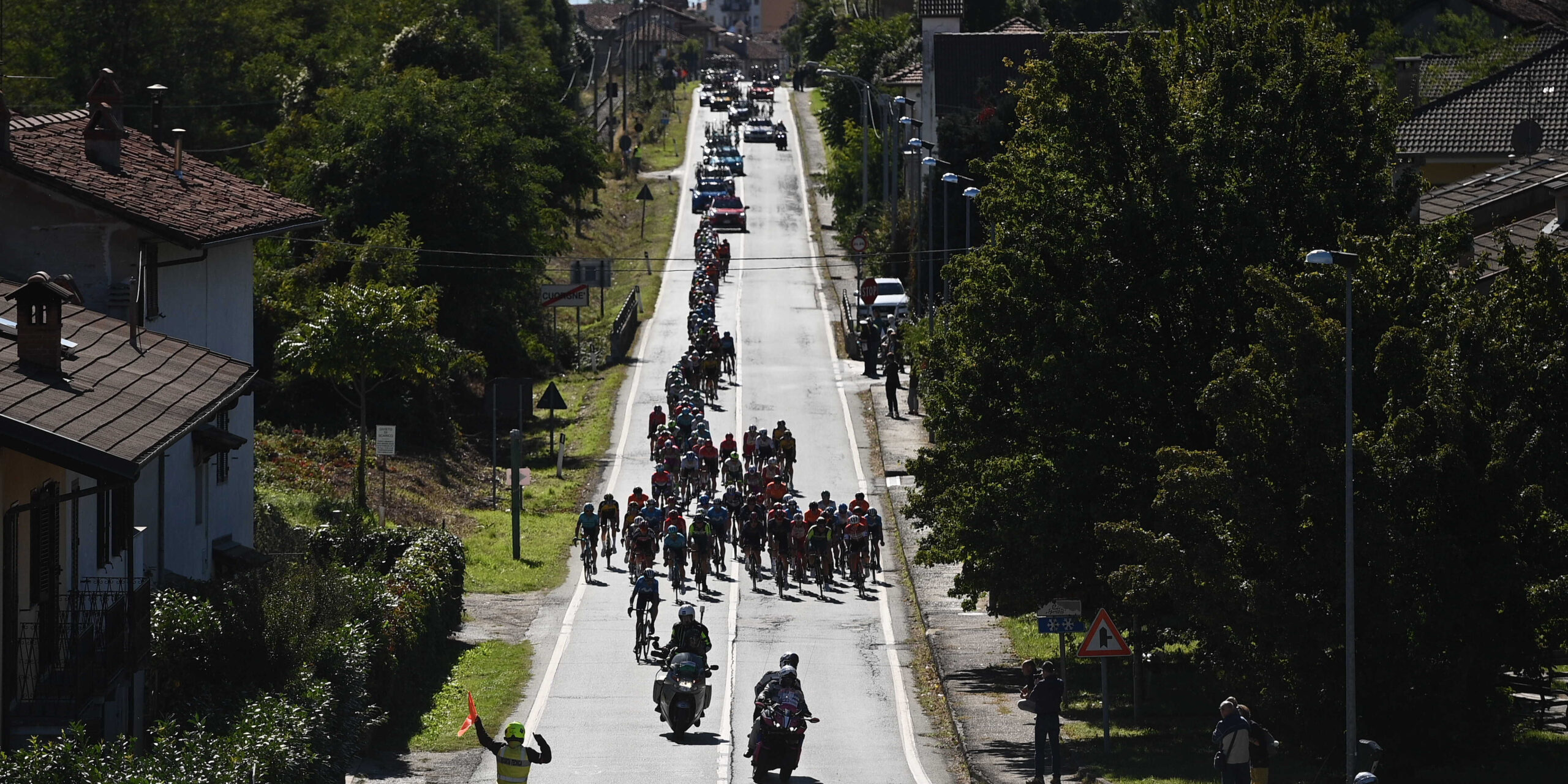 To the riders racing past them, the surroundings are entirely subliminal, but they contribute undeniable gravity and moment to the action. That cycling can occupy the roads that serve structures of such importance adds to the aura of the sport and its champions. At the same time, by tracing its routes around the classic landscapes and cultural monuments, and including them in the broadcasts of its races, cycling keeps these traces of the past relevant, and confers upon them the imprimatur of the contemporary global culture. 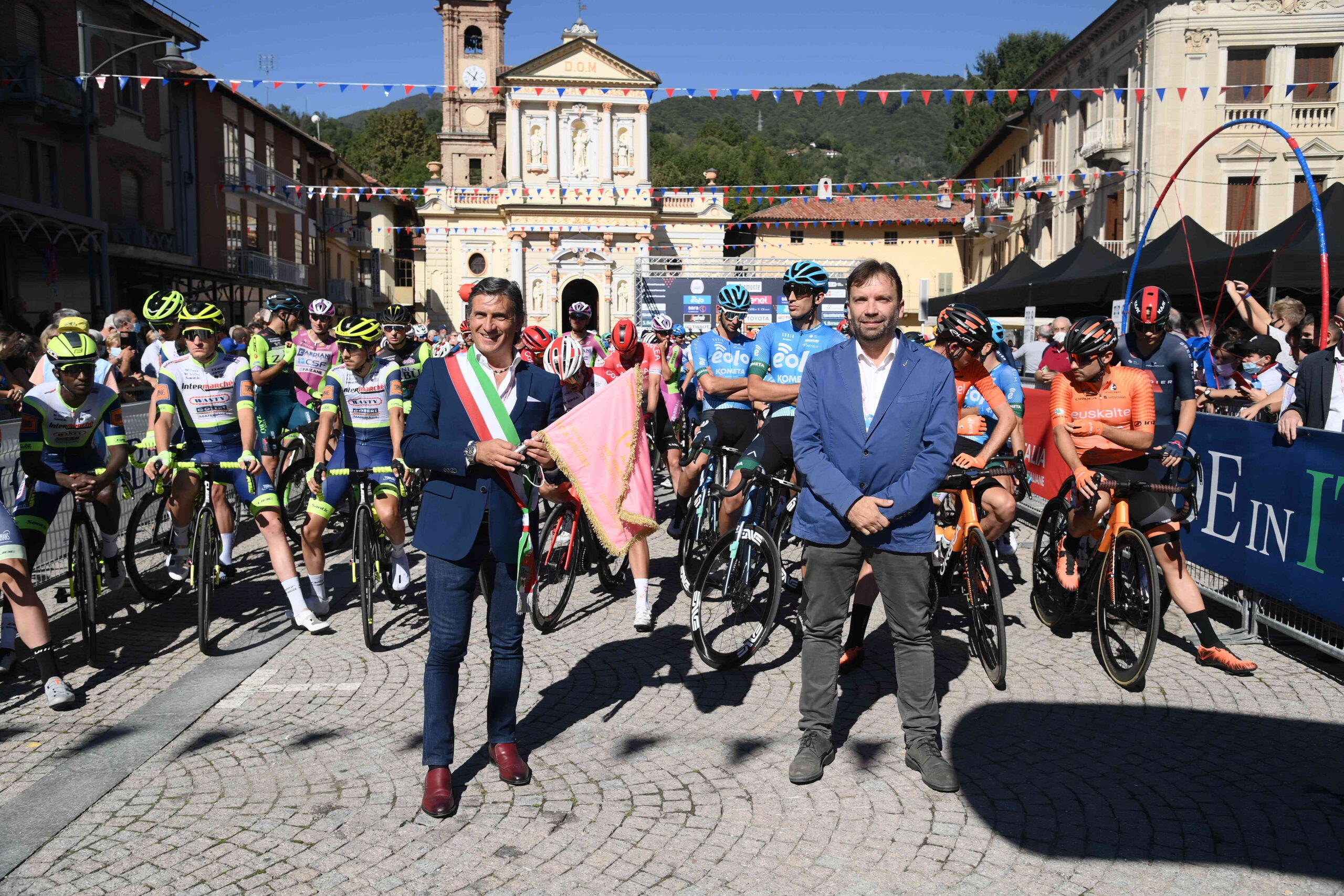 More than any of this, what mattered to the participants was that the sun had come out. As Giacomo Nizzolo put it, “I was at Paris-Roubaix, then the Coppa Bernocchi the next day. Both days we got rain from start to finish, So today, luckily, we had a beautiful day.” 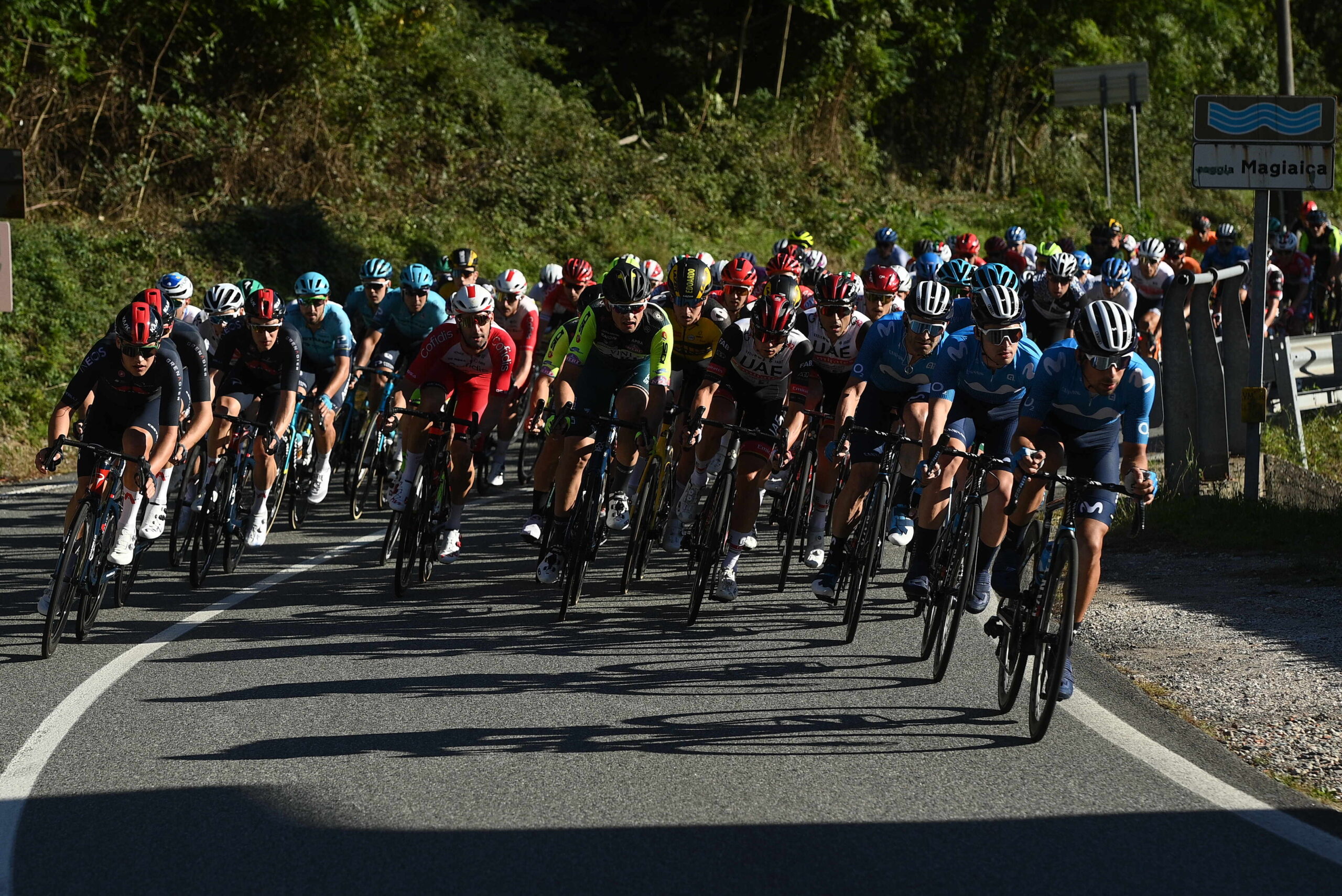 Nizzolo was hovering around twentieth place with about two and a half kilometres to go, when the Olympic Omnium champion, 23 year old Matt Walls, found himself just behind him. Nizzolo’s teammate Campenaerts hit the front with 2 km to go, with three teammates on tow, and led the peloton under the red kite, just before the road narrowed suddenly from the left. 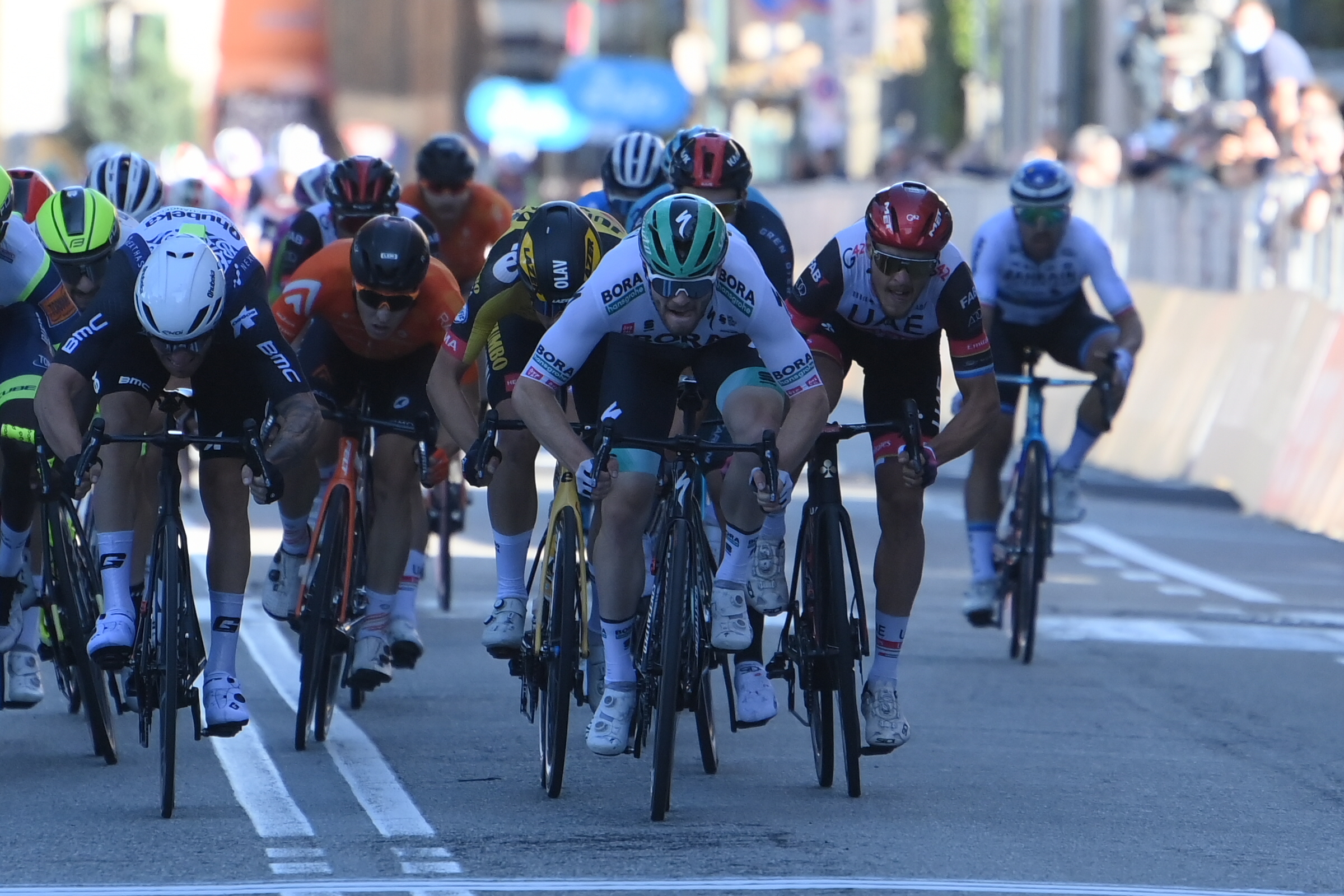 Walls had the good fortune – or the right information – to be on the right hand side. The narrowing took Viviani out of the equation, and left Walls on the wheel of Max Richeze, with Nizzolo just ahead and Richeze’s sprinter Matteo Trentin just behind. As Campenaerts was finally swamped with 800m to go, Affini surged through with Ben Swift just behind, looking around for Ethan Hayter. Affini’s sprinter Olav Kooij, who had crashed with 18 km to go, was in third place. As Richeze made his move inside the final 200 metres, Walls went with him, then surged passed to take the win, leaving Trentin trailing. It was a wonderful way to make the change from Olympic success to credibility on the road. 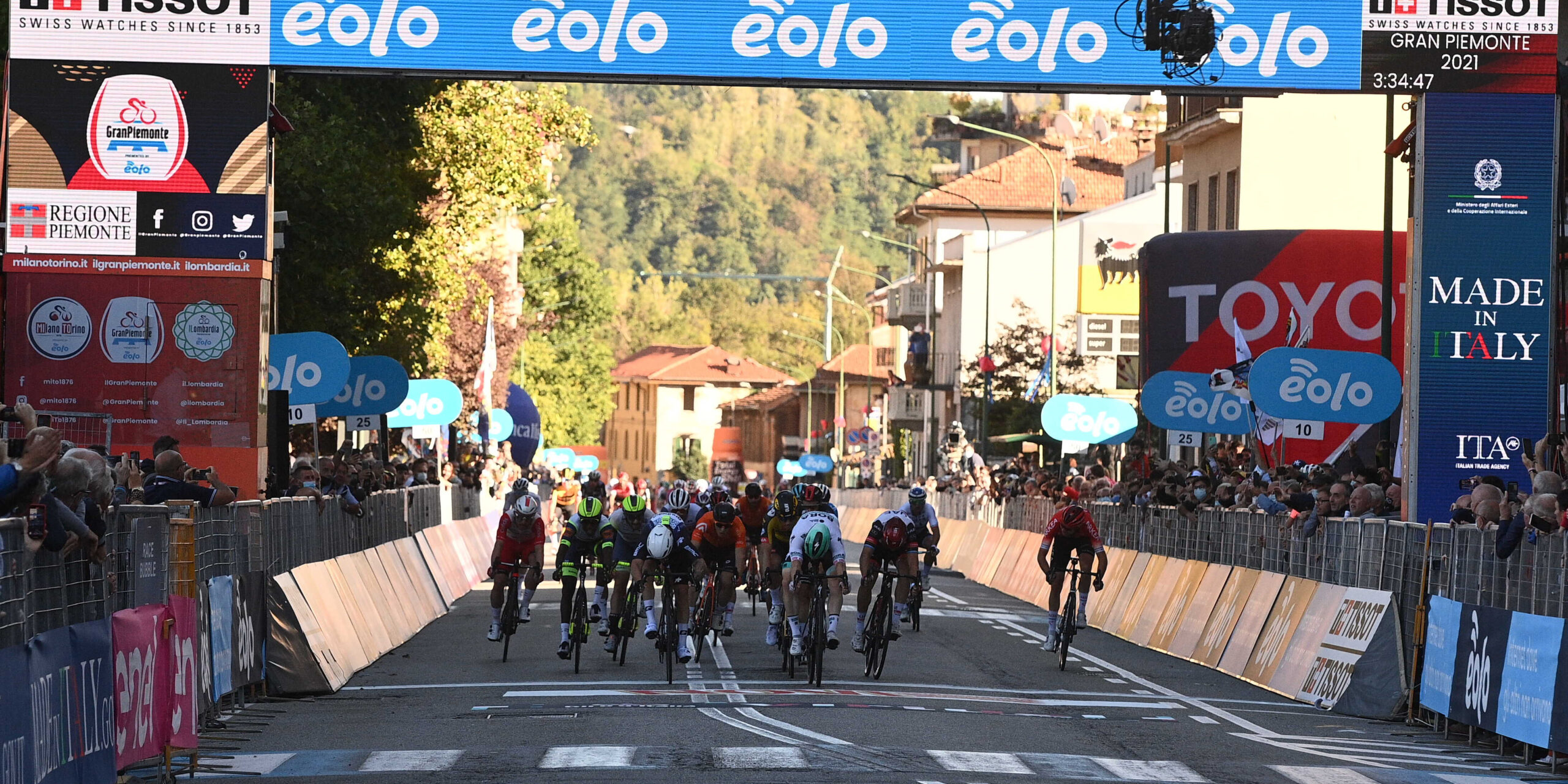 Meanwhile, Nizzolo shot left out of Kooij’s slipstream, and came alongside the Englishman. He passed him the wrong side of the finish line.

“No regrets,” said the Italian. “I just missed it and that’s it. Congrats to the guy who won. He was really strong, very fast.”

Or course, sport needs its youth to keep itself relevant. Behind Walls, the ramparts of fast finishing shook as Olav Kooij, the winner of two Cro Tour stages last week, despite the fact that he will not turn twenty for ten days, come through in third despite that untimely accident. Fifth was the 21 year old Eritrean Biniam Ghirmay, recently 2nd in the Under-23 World Championships road race in Leuven, and fifth in the La Route Adélie de Vitré (1.1) on Saturday. 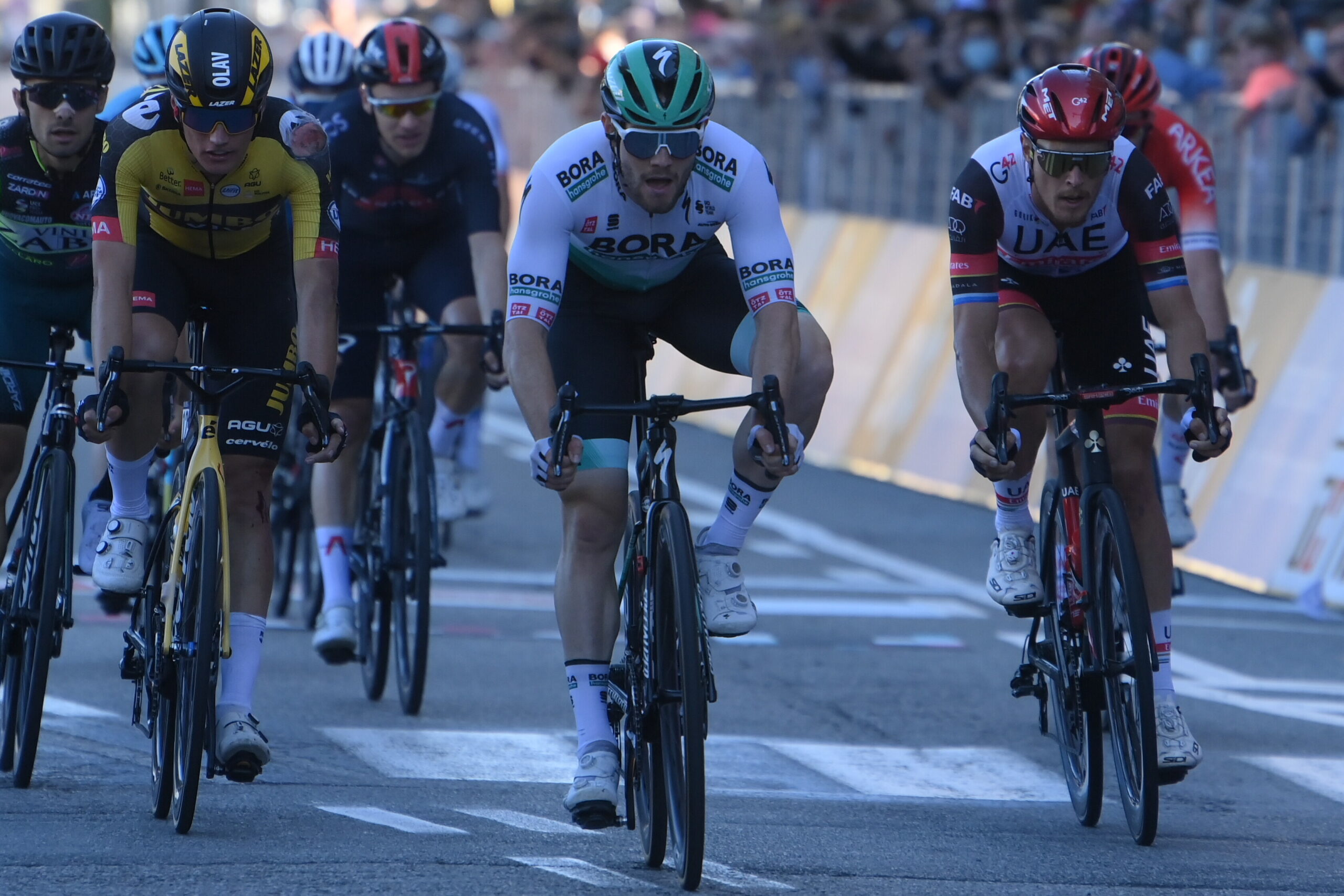