The route is hilly and open to different opportunities throughout. 16 of the 23 teams at the start are UCI World Teams.

This year’s Gran Piemonte presented by Eolo is open to many opportunities for the riders. Taking place on Thursday 6 October, the 198km route will depart from Omegna and finish in Beinasco.

THE ROUTE OF THE GRAN PIEMONTE PRESENTED BY EOLO

106th edition of the race travels along a mainly flat track from Omegna to Beinasco. Departing from the lake of Orta, the riders will ascend slightly and pass through the Cremosina to Borgosesia. The crossing of the Northern Po valley begins with long, flat and straight roads. After 130km the riders will reach the slopes of the Collina di Superga, of which they will climb the “Pilonetto” side, with gradients that reach double digits near Rivodora. Descending on the Pino Torinese, followed by a short climb towards the Hermitage, they then turn onto Pecetto Torinese and reach Cambiano. Here is where the last flat sector of the race begins.

The last 5km are along flat roads, with a wide final straight of 500m. 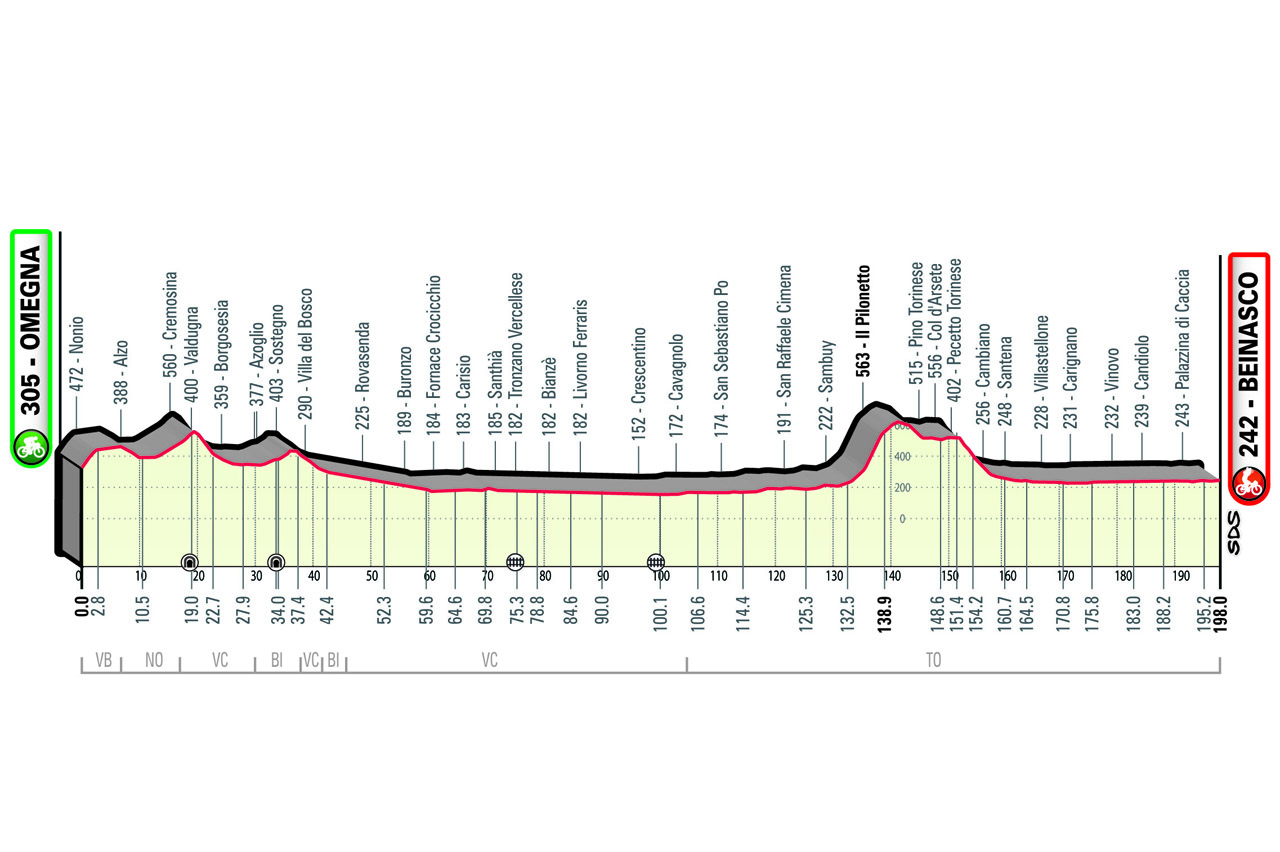 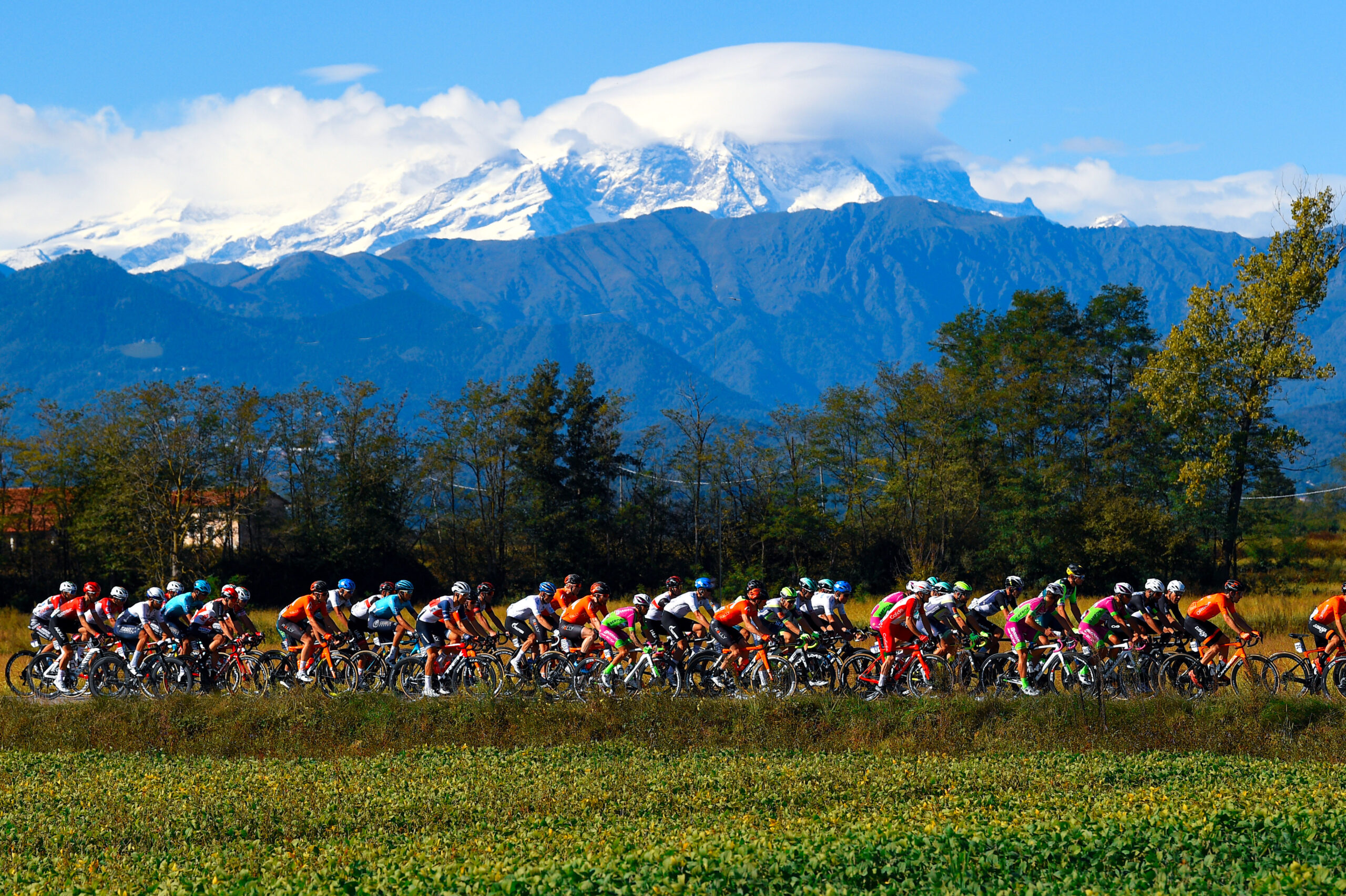 Quotes from the press conference

Paolo Bellino, CEO and General Manager of RCS Sport, said: “The link between RCS Sport and Regione Piemonte, which in recent years has regularly hosted major events such as the Grande Partenza of the Giro d’Italia in 2021, is increasingly consolidated with Gran Piemonte. Our goal is to promote the beauties of this Region and the Gran Piemonte, with its changing paths, allows us to explore new places year after year, becoming a great chance for the territory. To all this we add the global interest for this event which is constantly growing thanks to the participation of important riders and which is broadcasted all over the world.”

Alberto Cirio, president of the Regione Piemonte and Fabrizio Ricca, Councilor for Sport, said: “Great cycling will travel around our region again and this fills us with pride. Gran Piemonte is a competition on which we have been betting for some time, strongly believing in it and investing, and which every year manages to combine a top-level sporting spectacle with a great participation of the public and fans. Cycling is a sport that has always found ground in our region, which has attracted thousands of athletes and fans and which blends with local sports history. We are sure that this event that will see athletes and fans moving around our beautiful territory and will convince them to come back again, as tourists, to discover how much our wonderful Piemonte can offer in terms of art, culture and culinary heritage.”

Stefano Allocchio, Race Director of RCS Sport, declared: “For this edition of the Gran Piemonte we have studied a route suitable for both sprinters and finisseurs. The evolution of the finish will be interesting as the Pilonetto climb has steep slopes and could create some troubles to pure sprinters. We will have 23 teams at the start of which 16 World Tour to highlight how important and felt the event is. To confirm this we can reveal some of the first members including the winner of the Giro d’Italia Jai Hindley, Alberto Bettiol, Matteo Trentin, Michael Matthews, Mikel Landa, March Hirschi and Damiano Caruso. After the week of the World Championship we will have a more complete picture of the big names but we are sure that the start list will be of absolute prestige.” 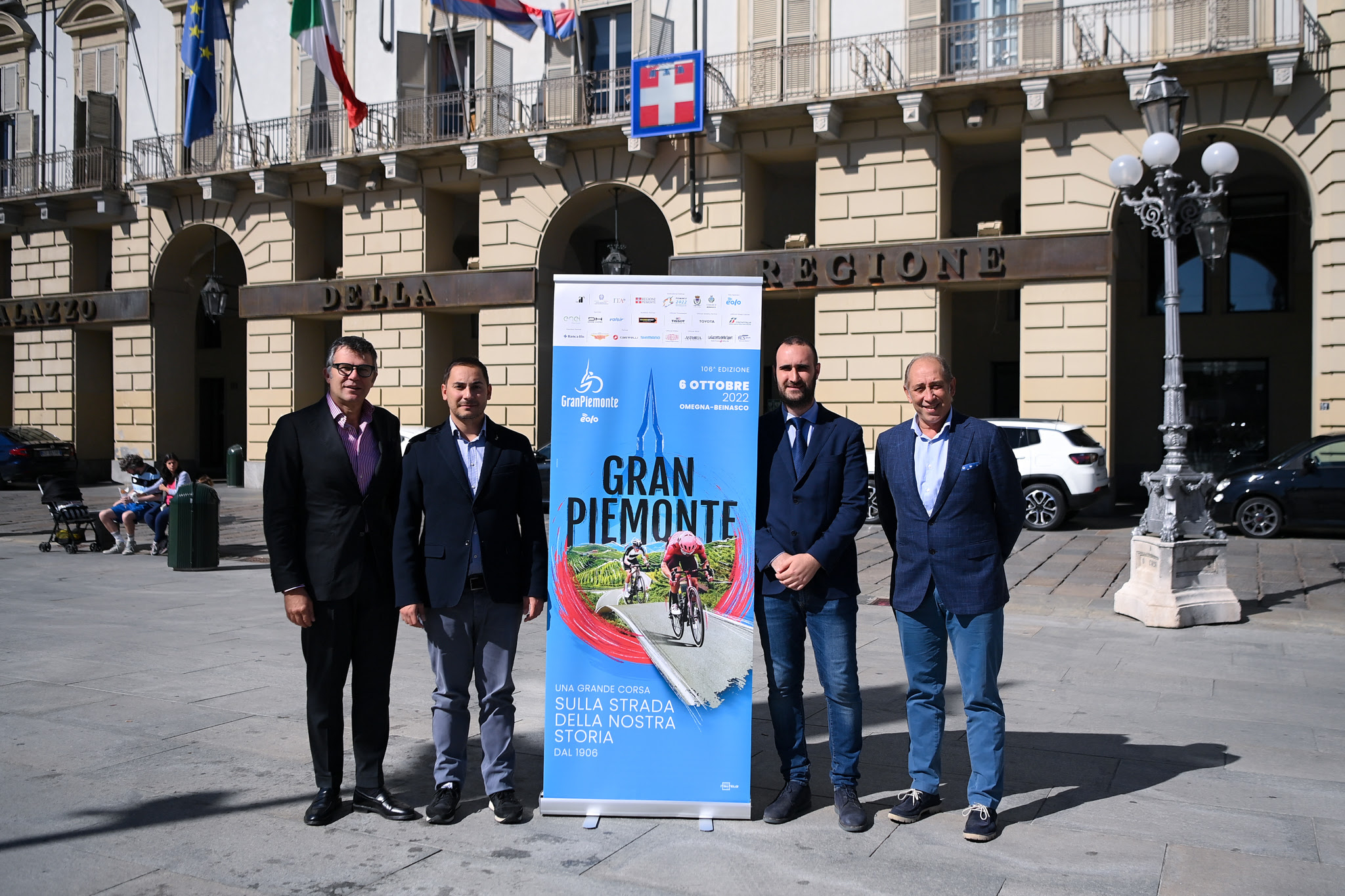