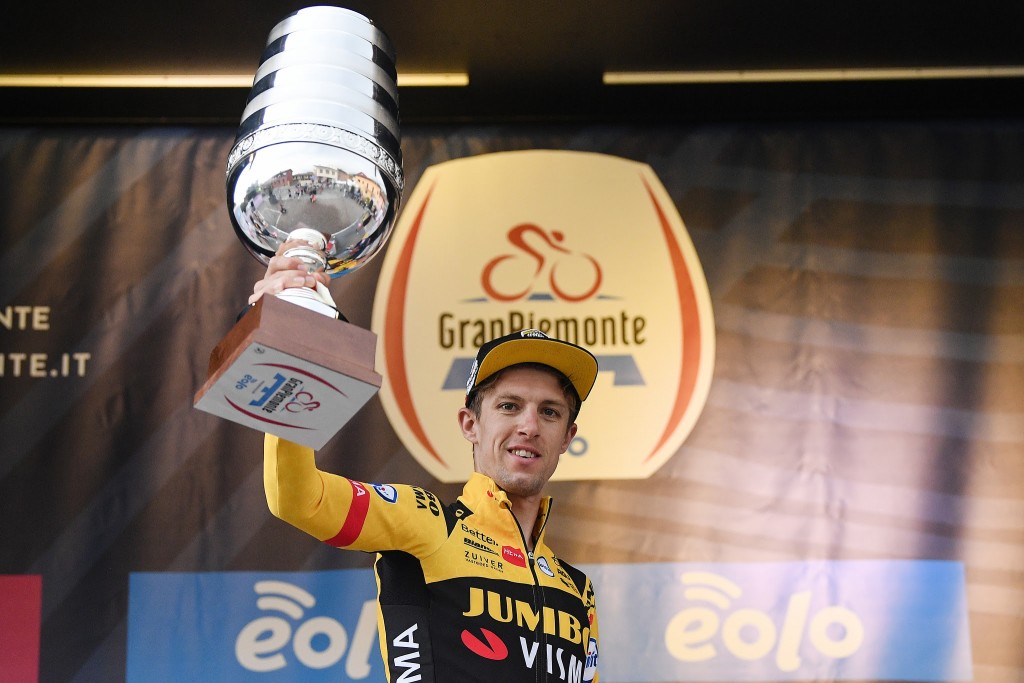 New Zealand’s George Bennett (Team Jumbo – Visma) claimed his first one-day race victory as he rode away on the hill leading to Barolo with 7.5km to go in the 104th GranPiemonte presented by EOLO. His win extends the dominant performance of Team Jumbo-Visma so far this season, following Wout van Aert’s spectacular double at Strade Bianche EOLO and Milano-Sanremo presented by Vittoria. Home favourite Diego Ulissi (UAE Team Emirates) and Mathieu van der Poel (Alpecin – Fenix) accompanied him on the podium in the iconic city that’s home to Barolo wine.

Data collected by Velon’s devices on the riders’ bikes tells the detailed story of the race. Data can be found here.

The winner, George Bennett said: “After GranPiemonte and Il Lombardia, I’ll go back to work as a domestique, so when I saw my opportunity today, I knew I had to take it. I told my teammates that I wanted to try for the win today and they did a wonderful job. They made the race super hard in the final climb. I was hoping to stay away until the end and I did.”

Second placed, Diego Ulissi, said: “Bennett was the strongest on the climbs today and when he attacked he made a gap we were not able to close. I tried to catch him towards the end, but I didn’t have the legs to follow him uphill. My teammates did a great job, I gave everything in the final sprint but it wasn’t enough. On Saturday, Il Lombardia will be very tough, perhaps a route that’s suited more for Aru than for me.”

Third placed, Mathieu van der Poel, said: “I am satisfied with my third place, of course. I wanted to win but I think overall I did a good job to keep up with so many great climbers. I tried to hold my own pace on the last climb but unfortunately I was not close enough to try for the win at the final sprint. It was a hard day, I felt good, not super, but things are getting better and better.”